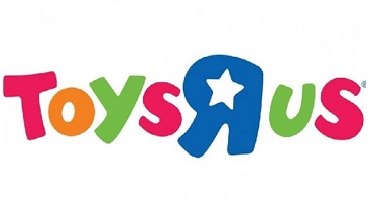 Since their appointment as Joint Administrators of Toys “R” Us Limited (the “Company”) on 28 February 2018, Simon Thomas and Arron Kendall, partners in Moorfields Advisory Limited, have been seeking to secure a buyer for all or part of the business. Whilst this process has generated some interest, unfortunately it has not been possible to secure a sale.

The Administrators remain open to interest from potential buyers for parts of the business, but it has been necessary to make a total of 67 redundancies at the Company’s head office in Maidenhead earlier today. All staff affected have been informed and will be paid up to and including their last day of employment.

25 Toys “R” Us stores have either closed in recent days or are due to close by tomorrow. These stores had been earmarked for closure as part of the proposals put forward in the Company’s CVA which was approved in December 2017. All other UK stores remain open until further notice. The closure programme for the remaining stores is expected to take approximately six weeks to complete with further announcements to follow.

Simon Thomas, Joint Administrator and Partner at Moorfields, said: “We have made every effort to secure a buyer for all or part of the Company’s business. This process attracted some interest, but ultimately no party has been able to move forward with a formal bid prior to the expiration of the stated deadline.

“It is therefore with great regret that we have made the difficult decision to make a number of positions redundant at the Company’s head office in Maidenhead and proceed with a controlled store closure programme. We are grateful for the hard work of Toys “R” Us staff during this very difficult period and will be providing support where we can to those who have been made redundant.”

“All of the remaining 75 Toys “R” Us and Babies “R” Us stores will remain open until further notice. We’re extending the nationwide discounting programme and would like to encourage customers to take advantage of the special offers available in store while stock levels remain high.”

Get in touch with our specialist

We are here to help:

All enquiries are handled by our expert team.